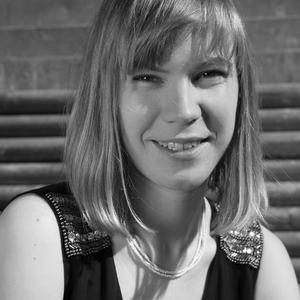 Paulina Gras is a flutist completely associated with Poznan: she completed here all levels of her musical education. She also completed postgraduate studies in Malmo, where she studied in Prof. Anders Ljungar-Chapelon's class.

In 2010-2012 she was a member of the Piano Quartet, which in 2011 won the third prize at the International Chamber Music Competition in Jawor and a year later was awarded at the competition Svirel in Slovenia.

The flutist takes part in various musical events - including Flute Festival in Poznan, concerts of young composers and the International Film Music Festival Transatlantyk in Poznan. In 2012 she was invited to record songs and lullabies for children "The old castle on the rock" and the compositions of Ewa Fabianska.

In 2013 she took part in an innovative version of "Pierrot Lunaire" by Arnold Schoenberg, in which she played flute part as well as acted.

Since May 2014 she works as a soloist of the Grand Theatre Orchestra in Poznań.

With passion indulges in playing the flute in all its guises: she also learns playing the baroque flute.

Cooperation with Sepia Ensemble she treats as a field for the development of her musical sensitivity.